A hot topic – Media’s role in solving the climate crisis

What we see in media has a considerable impact on our own impressions and actions. It’s also one of the key factors shaping the scientific and political discussion. (Boykoff & Roberts, 2007.) Climate change did not get the coverage it deserved for a long time but is now being discussed in the media almost every day, and its connections to economic and social issues have been recognized. But why did it take this long, and is media now communicating climate issues in the best possible way?

By presenting meaningful information on different topics, media representations affect social practices (Nieminen & Pantti, 2012). As such, they don’t just mirror reality, but build it as well. Representations of climate change, for example, affect the public’s impressions, attitudes and behaviour, which in turn influence climate politics (Boykoff 2011). And that’s why what media says and how it says it, matters.

Media play an important role in democratic societies. Accessible and reliable information, analyzed and presented from different perspectives makes it possible for citizens to view public matters critically, form personal opinions and take part in the political discussion, thus enabling democratic participation. When it comes to climate politics and discussions, most people depend on media representations to understand and interpret the complexities of climate sciences (Boykoff, 2011).

Science itself on the other hand has limited value if it stays inside academic circles. To make an impact, new results and research need to be communicated to politicians, investors, and the general public (Koskinen et al., 2018). Moreover, it needs to be presented in a way that makes it possible for non-academic people to understand its significance. However, breaking down massive and complex scientific issues into clear, comprehensible content is easier said than done.

From behind the scenes to front page-news

Today, we see climate change in the headlines so often that it’s hard to remember the time media was criticized for not bringing it up enough – and that was only a few years ago. The financial crisis in 2008 turned media’s focus on national economic issues, while pushing global and hard to grasp phenomena off media’s radar (Kunelius, 2012). The Paris agreement in 2015 brought climate change back in, and the IPCC report in 2018 established it as front-page news.

One of the reasons it has taken media so long to regularly create climate change related content is that it’s all science-based.To the majority of people, ‘science’ means something quite different than it does to scientists.

The public expects certainty from scientific results (Painter, 2013) even though in most cases, this is neither possible nor desirable. When discussing climate change, there’s always some level of uncertainty when it comes to timing, pace, the severeness of its effects and the possible alternatives to avoid or control these effects. As scientists and media professionals talk about this uncertainty, the audience gets confused not knowing how to react, and may end up downplaying the problem. (Painter, 2013.)

Another factor that has made it difficult for climate change to hit the headlines are deep-rooted editorial practices. These practices help determine which topics are newsworthy and fulfil the expectations of the public, and assist media professionals in creating content within a tight news schedule. However, they are also one of the reasons why news topics tend to stay the same and are often treated from the same angles. Climate change for example rarely fulfils norms such as personification, frequency, ambiguity and unexpectedness. Still, despite the fact that the complicated and many times invisible nature of climate change does not fit the traditional notion of news content people want to pay for, it has now managed to break the glass ceiling and hit the headlines – big time.

Today, major media organizations are stepping up and carrying their responsibility to provide important and accurate information. For example, to describe climate change more clearly, The Guardian decided to change the language it uses about the environment: instead of ‘global warming’ the preferred term is now ‘global heating’ and ‘climate crisis’ is recommended over ‘climate change’. These kinds of changes are meant to highlight the urgency and make climate change everybody’s problem.

Still, this kind of language frames climate change as a disaster, which may lead to what psychologist Per Espen Stoknes calls ‘apocalypse fatigue’. After years of reading about the scary effects of ‘climate crisis’, people start avoiding the topic altogether.

Instead, to get people engaged in solving climate change, Stoknes presents the five S’s: social, supportive, simple, signal and story.

By drawing more attention to certain behaviours, media can help create new social norms. For example, if we constantly read about people choosing to explore their home country instead of flying abroad, a staycation might start to sound like the best idea ever. This is what social refers to.

Media can become supportive by putting emphasis on the benefits of climate change mitigation, such as improved human health, new technology opportunities or new jobs. This way media reframes climate change as an opportunity to improve society instead of as an approaching doomsday.

Many experience climate actions as something unpleasant or inconvenient, as media often portrays it with an all or nothing approach. It’s easy to get the impression that people are either total meat-lovers or completely vegan. But climate-friendly choices can be really simple – like using smaller plates to reduce food waste – which media often fail to highlight.

Communicating signals that visualise progress gives us information on how far we have come, and motivates us to keep going. This is what for example the Carbon Donut is about.

The last S is for stories. Stories of real people making change happen. And as the stories spread, social comes to play again.

Today, media is better at being supportive and lifting up positive consequences of climate change mitigation. However, for the other four S’s there is still a lot of room for improvement. We at Spark promise to use these five S’s as guidelines to create content that inspires you to take climate action. We’ll keep on spreading Sparkling stories from our community of climate heroes and informing you about new, clean innovations and progress of climate change mitigation.

As our CEO Amanda put it:

Together we can make everyone feel like they are part of the solution to stopping climate change!

Want to know how you can become part of the solution to climate change? Download our app The Donut to calculate your lifestyle emissions, get personalised tips on how to reduce them and track your progress! Find it in the App Store and on Google Play.

Who Speks for the Climate? Making Sense of Media Reporting on Climate Change

Climate change in the media – reporting risk and uncertainty

How to transform apocalypse fatigue into action on global warming? 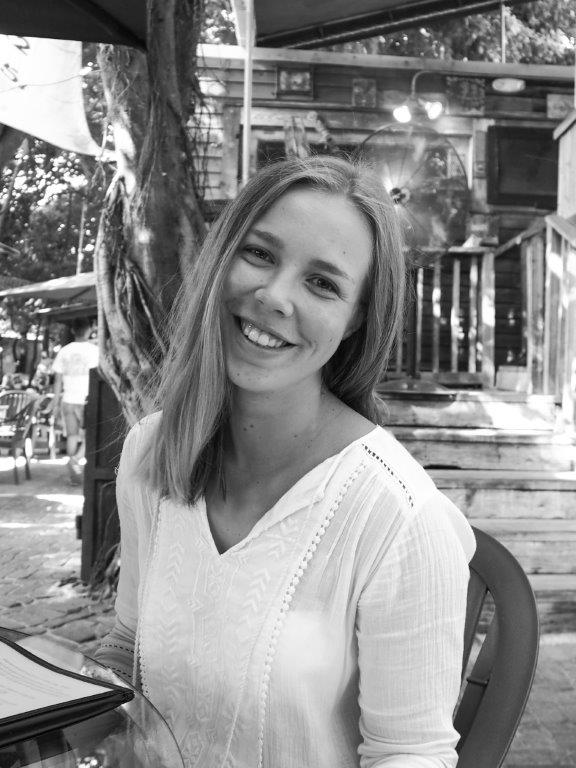 Linda holds a Master’s in Media and Communication and is passionate about science communication, dogs and vegan food.