From Northern Europe to the Canary Islands - without flying

"Despite calling myself a climate change advocate, I have been flying around the world for the past few years whenever I had the chance to." Read how one of Spark's co-founders, Felicia Aminoff, has dealt with two seemingly contradicting wishes: firstly, to decrease her impact on climate change and secondly, to travel!

In February, Spark Sustainability focuses on traveling, both in our articles and our climate-smart wall calendar."You know that feeling of having some ideal that you’d want to live up to? But you also find the less-ideal alternative so tempting… I’m one of so many typical millennials, who love exploring new landscapes. I’m studying for a master’s degree in London and I don’t see my family that often as they live in Finland. So when I was offered to go to the Canary Islands with my family for a holiday, I really wanted to say yes.

While being offered to go on this trip to the Canary Islands, I was acutely aware that most of my personal carbon emissions, meaning 70% of my Carbon Donut, are from flying (check it out at the bottom of the page). The climate- and sustainable lifestyle advocate in me cringes every time I look at those emission numbers.

I’m 24 years old and one of Spark Sustainability’s founders. About five years ago, while studying at the University of Helsinki and spending the occasional weekend of fresher’s year drinking Screwdrivers from plastic cups, I started to learn about different environmental issues. Around the same time, I had a phase of listening to Michael Jackson’s music. It might sound like a total cliché, but the mantra from “Man in the mirror” really stuck with me.

Since then I’ve made various attempts at “if you want to make the world a better place, take a look at yourself then make that change”. Making that change to a sustainable lifestyle can however be a bit of a “one step at the time…” (song by Jordin Sparks, another embarrassing favourite from back in the days). Many things have changed, but today I’m writing about one of the things I’ve been slowest to change: my traveling habits.

What to do when you want to travel, but also to be sustainable?

Many people would maybe think that if you don’t want to contribute to airplane emissions, you can’t travel far away. But I’m something of an expert at making compromises, so I came up with a way to do something about my emissions while also getting this holiday... going by train and ship!

For a couple months, I contemplated whether I should fly or take the train. It would take four days if I didn’t fly. I lay awake at night thinking about whether it was a bad idea. Maybe it would feel like time wasted. The comments of people around me were ringing in my head “What? Train and ship all that way? That’s crazy!”.

But this time I stayed stubborn and committed to my idea: I was going to get from England to the Canary Islands without flying.  I wanted  it all - both the holiday with family and the feeling of doing something good for the environment.

Flying in many cases seems like the rational choice; the prices are quite cheap, and it goes fast. However, the more you think about the high emissions, the less reasonable it feels. In my past year, a total of 48 hours on an airplane emitted as much carbon dioxide as the entire rest of my life!

Flying makes up a smaller part of the total emissions globally because only privileged people can afford to fly in the first place. On an individual level, the people who fly a lot contribute to climate change disproportionately much, compared to those who don’t fly. If every person on Earth used airplanes for traveling, we’d quite frankly fail to stop climate change. To me it feels unfair: who am I to keep flying, if I would at the same time say that the rest of the world can’t do the same?

At the same time, flying is unfortunately still a norm in the society I live in. As I already said, I’m a master of compromises. So I decided to go by train and ship on my way to the Canary Islands, and then fly home. This compromise meant that the total emissions from my holiday were about 30% smaller.

Why not 50% less emissions, if I flew only one way and trains running on clean electricity are practically emission free?  It's because a part of my journey to the Canary islands was done by ship, and some ships have almost as high emissions as airplanes, read more about that in our sustainable travel guide! But it was still better to take the ship than fly, because the ship was very slow and slower ships burn much less fuel than fast ships.

To make up for taking that flight, I decided to fly no more than 10 hours in all of 2019, which is a significant change from previous years. I also donated money to conserving Finnish peatlands, as they bind carbon, in an attempt to offset my flight.

The Journey from London to Tenerife: finally time to relax!

I started my journey from St Pancras International train station in London. It wasn’t my first time traveling internationally by train, but it was the first time I travelled this far by train on my own, so I boarded the train with a slight feeling of nervousness. You can watch some of my previous train adventures on Spark’s Instagram stories. This time I had over 70 hours of traveling and quality time with myself ahead!

As I sat down on the train to Paris, I started relaxing. I remembered again why I love traveling long distances by train. After a busy autumn and university exams, spending four days on my own, just watching movies and reading books started seeming like a brilliant idea. On trains you can easily stretch your legs, which makes them much better than planes for someone who’s a bit restless (like me). Just because this way of traveling hasn’t yet become the norm, it does not mean it is crazy.

When you take the time to enjoy the journey, instead of being fixated at reaching a destination as quickly as possible, you see things from a different perspective. I’m a person who’s constantly on the move, but when I sit down on a train that keeps moving and I watch the landscapes float by, it’s as if my mind can finally take a break and stop running around.

On the train from Paris to Barcelona, I had a lovely conversation with a fellow-passenger who had an ambition to travel to every European country by train. He was a British man in his 60's who hadn’t travelled much when he was young. I guess he just didn’t like flying. Then he had discovered Interrail and it opened his eyes to new cultures! He had already gone to all European countries by train once, but then new countries in the Balkans were formed so now his list was incomplete again.

It was cool to meet someone who I would otherwise never have talked to. I was positively surprised that he took the train just because he liked it, in all honesty I don’t think he cared much for the environment at all. In the end, who cares about why someone does something, as long as it’s good for the world?

I spent a night at a cute little hotel in Madrid and enjoyed a calm morning walking around Madrid’s parks. The last bit of my journey went on a ship from the South of Spain to Tenerife.  I had been nervous about being stuck on a ship for over 30 hours. At the end of the journey, I laughed at myself for having been nervous. It was so healthy for me to be on a forced internet detox at sea for a day. There’s co-benefits from very slow ships, less emissions and more relaxation time. Seriously, this was as relaxing as the time I went on a yoga retreat (almost).

My hopes for the future

In the next ten years, I’m hoping for more international legislation on flying. The airplane technology just isn’t going to become both cheap and environmentally friendly quickly enough by market forces. However, by taking the train right now, I’m trying to show that I fully endorse a future where flying becomes more expensive and might not be possible for everyone all the time. Flying won’t fully stop, but hopefully this trend of a rapidly growing amount of flights will stop. I think the world is a better place with fewer carbon emissions and thus fever flights, so I’m trying to look in the mirror and make that change.

Personally, I want to become better at scheduling Skype dates to keep in touch with loved one’s who live overseas. When I do occasionally travel far to visit people I really miss, I want to arrange my life so I can stay for longer! I also hope that in a few years I’ll be less of a restless millennial, and learn to find more pleasure in widening my horizons just by discovering the areas nearby.

If you, dear reader, love traveling as much as I do, here is my tip for you: the next time you’re traveling a distance where the train would take less than 8 hours, just check the train tickets before deciding on a booking a flight! You might not book the train this time, but if you keep always checking the train tickets first, one day you might. One less flight would mean less demand for new flight routes and in the long run less emissions, but most importantly it would mean joining a social movement to support sustainability. A choice like that would really contribute to making the world a better place. Better at least for environmentalists like me and anyone else who might suffer from climate change!"

PS. If you live in for example London, Amsterdam or the western parts of Germany: You can get to Barcelona in 8h or less by train! In case anyone reading this is dreaming of a beach-city holiday and some tapas... Anyone from the Nordic countries, just ask if you can work remotely for a couple days and you can reach warmer beaches by train too ;)

The practical aspects: time and money

I have had a privileged lifestyle of much traveling, so getting out of the “flying mindset” and becoming used to slower transport had some practical problems. I needed to learn how to find reasonably cheap train-tickets. Although sometimes, when I have the money, I see paying a higher price for trains as the ethical thing to do. I also needed to start planning my life to allow more time for traveling. Here's what I have learned so far, when it comes to traveling long distances by train:

Want to know how you can become part of the solution to climate change? Download our app The Donut to calculate your lifestyle emissions, get personalised tips on how to reduce them and track your progress! Find it in the App Store and on Google Play. ‍ 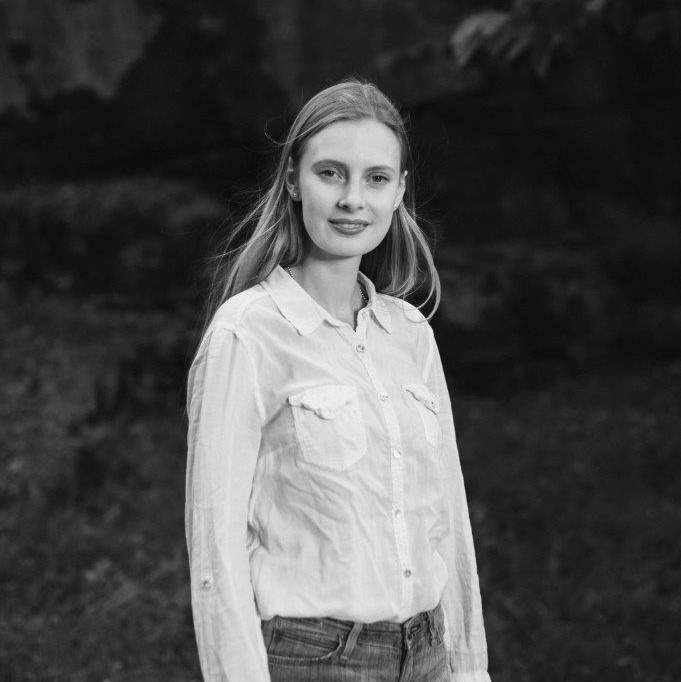 Felicia works for a cleaner energy system as an analyst at BloombergNEF. In her spare time, she loves dancing and slow travelling.